The German Football League is one of the most impressive and stand out leagues when compared to the rest. Undoubtedly, the iconic club 'Bayern Munich' and their quintessential home stadium 'Allianz Arena' acts as the backbone behind the name and fame of German Football.

To no surprise, history speaks heavily in favour of the old German club though the league has a lot to do with their successful academies which ensures the growth of the German Youth system.

The league is widely watched by many and so is it's official Fantasy Football. With viewers on the rise, it's imminent that users would love to make a Fantasy Team for this particular league as the fan base is inclusive of a number of big clubs in the likes of Borussia Dortmund, Bayer Leverkusen, Werder Bremen etc. 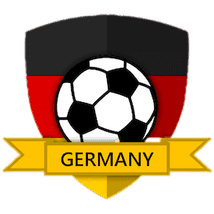